Who We've Worked With

Non-Government and Government Agencies for Mental Health and Advocacy 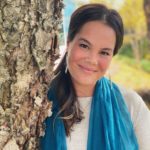 LCPC, Ecotherapist
Laura Marques Brown is a Licensed Clinical Professional Counselor (LCPC) working in the unceded territory of The Piscataway First Nation, also known as Annapolis Maryland. She specializes in Nature Therapy or Ecotherapy and has created a therapy model called Decolonizing Nature Therapy©. Laura’s identities include being cisgender, heterosexual, able-bodied, and multicultural. She is white passing and is a first generation American born from immigrant parents. Laura’s work is informed by these identities, and she specializes in professionally collaborating with multicultural and multiracial individuals. In the field of ecotherapy there is a recognition of the important intersection between humans and the natural world. Due to various influences, this important intersection has become severed in our dominant culture. Laura works to decolonize this modality of healing which often involves naming why the disconnection happened in the first place: in large part due to the impacts of colonization.
More... 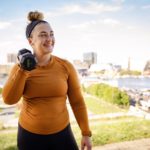